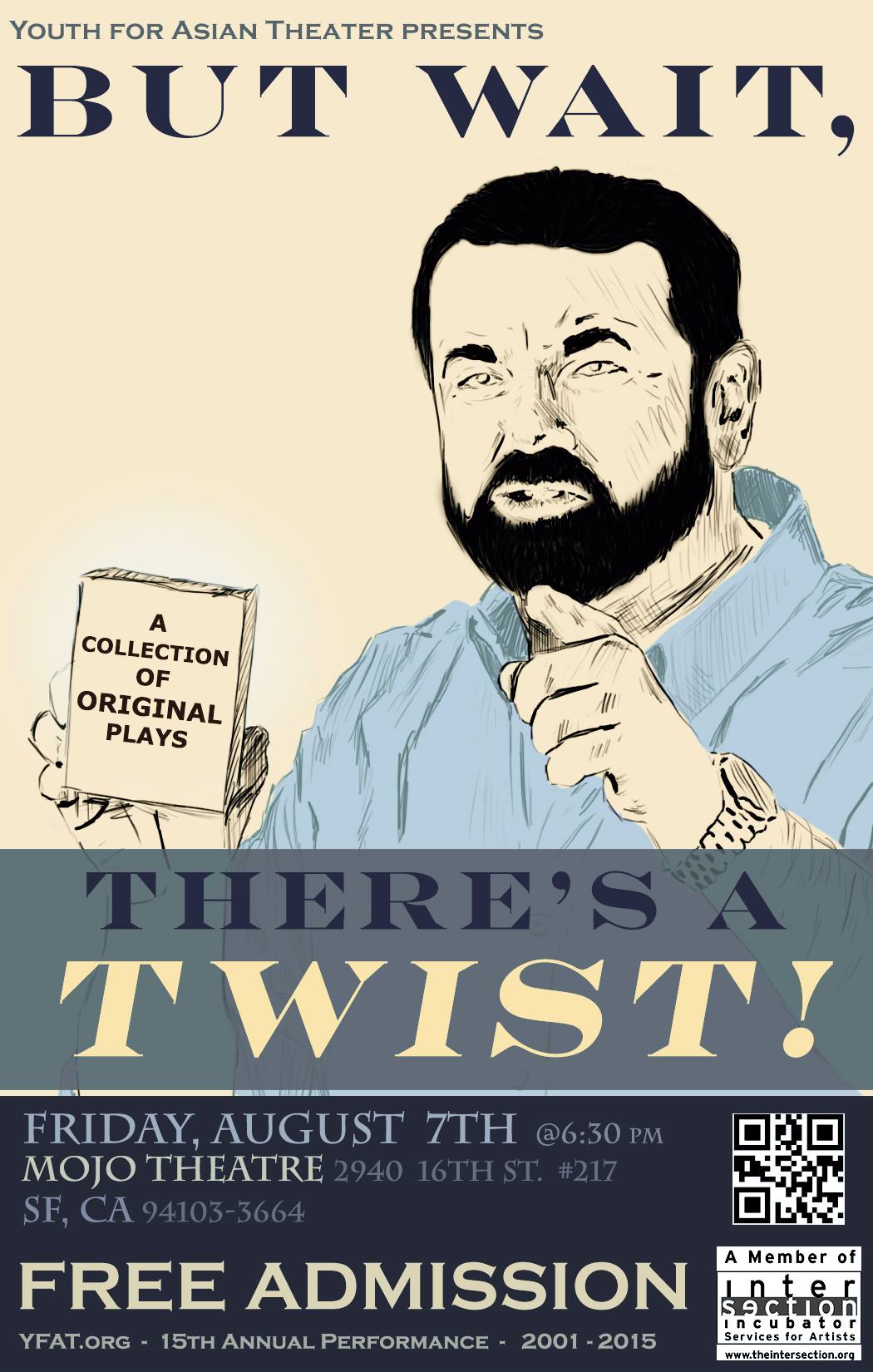 Youth for Asian Theater presents But Wait, There’s A Twist!

Join Youth for Asian Theater for an evening of original plays written, directed, and performed by San Francisco youth.

Also featuring some improvised and planned transitions from our wonderful actors.

WARNING
Some our plays (“Static” and “Sam Davis”) have heavy material and language that may not be appropriate for young children.

Youth for Asian Theater is the only not-for-profit San Francisco theater company in which students operate all aspects of theater production. Thus, YFAT members are given the opportunity to develop into articulate and effective leaders. YFAT is absolutely free not only for actors but for audience members as well, enabling us to reach a large part of the community not typically exposed to theater. YFAT is also the only San Francisco youth acting group that concentrates on the struggles of being Asian-American, a much-neglected subject in a city where the population is one-third Asian and local history is rich with Asian culture. Every summer, members rehearse rigorously for eight weeks at various locations in the community.