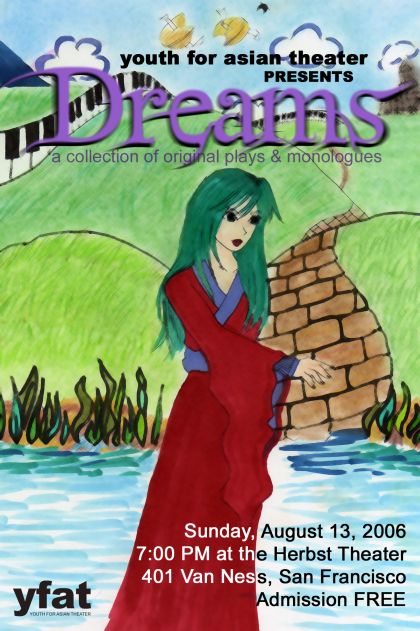 Join Youth for Asian Theater for an evening of original plays and monologues written, directed, and performed by San Francisco youth.

Youth for Asian Theater is a student-run organization that raises awareness of cultural identity and youth issues through the performance arts. Now in its sixth year, YFAT operates through the passionate efforts of its cast and crew members as they bring the script and stage together. Since YFAT’s beginning, the members spent eight weeks every summer rehearsing at the Sunset Recreation Center of the San Francisco Recreation and Park Department.