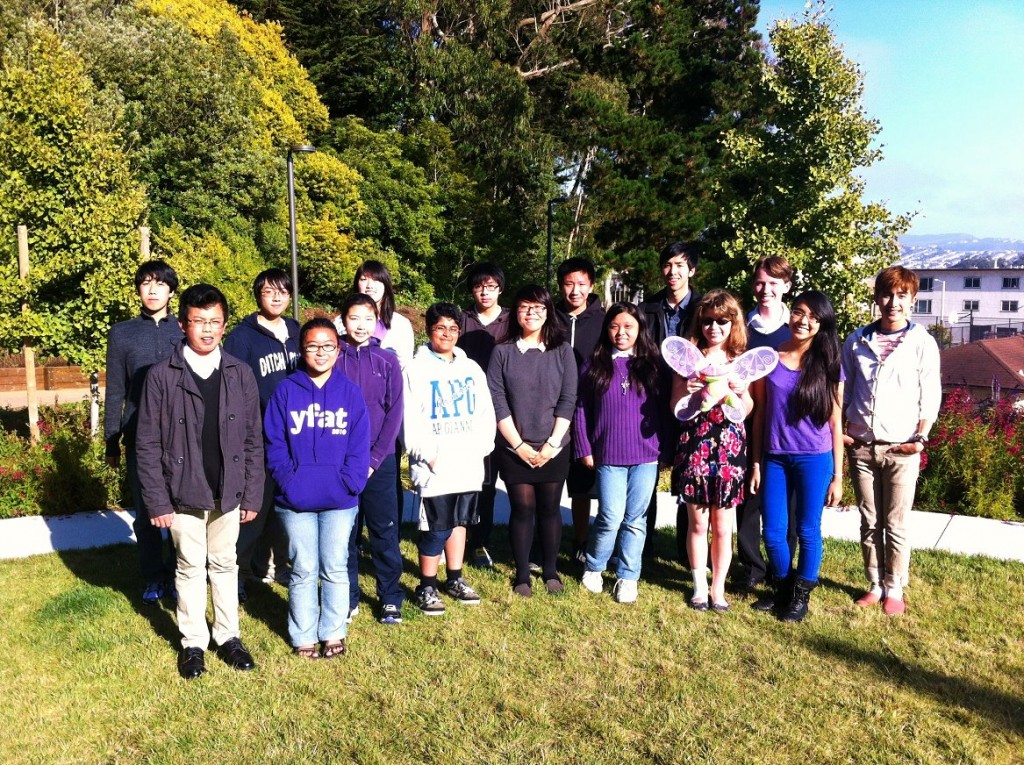 ANDY NGUYEN: Andy was first introduced to YFAT last year when he saw his friend, Viola, performing with the group. Inspired, he asked Viola if he could join her. He attended George Washington High School and has done some plays before. With that much experience, he wanted to continue to grow and so, gave the reason to join. Besides theatre, he also enjoys dancing. He has been in groups such as GWHS Dance Company, Reincarnation Performance group, and now currently in Funkanometry SF. Andy enjoys KPOP, looking up photos of Alpacas, shopping, and camera whoring. 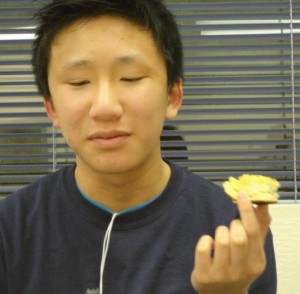 GORDON MAH: Gordon Mah is a 4.0 student at Raoul Wallenberg Traditional High School. He recently won a Biology award of excellency and will be the student body vice president of the year of 2012-2013. He is currently training for cross country. 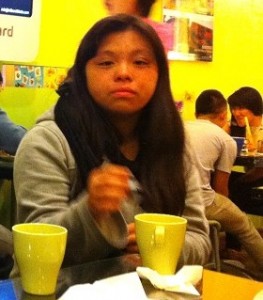 JAMIE LAM: This is Jamie, she will be a sophomore at Raoul Wallenberg Traditional High School. This is her first summer in YFAT. She likes to poke people with a meter long metal stick …(yes, fencing one of the more common sports). She also likes hats and scarves.

JASON HO: Jason is an outgoing yet lazy student. He deeply enjoys pop culture, especially news about actors and directors or anything else related to cinema. When Jason is not playing basketball, working, or at a meeting, Jason likes to either sit down and watch a movie or sit down and have a conversation with someone. He is very approachable and likes to meet new people. This year is Jason’s rookie year at YFAT and currently having a great experience with it. 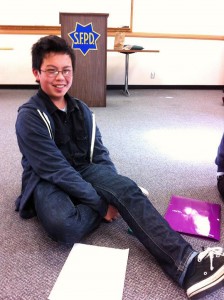 JERRY NG: Jerry Ng is a bespectacled, small Asian boy who is an incoming sophomore at Lowell High School. It is his first time joining YFAT, after following three of his fellow Harry Potter Club friends to an audition. At fourteen-years-old (set to turn fifteen in October ) he has taken an interest in drama after being inspired by members of Harry Potter Club. He may seem quiet and introverted, but don’t be fooled. He’s a master Harry Potter Club dueler and frequent participant of the hilarious Improv Club. He is awfully fond of cupcakes, licorice and cats. 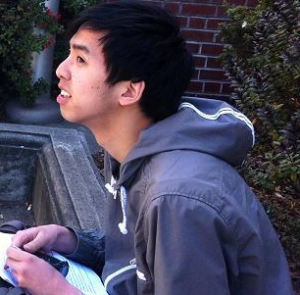 JESSE CHUNG:Jesse loves writing, and he loves theater. So this year at YFAT, he decided to merge the two passions together by writing and directing two short plays as well as being an actor and the Production Manager for this season. This all being part of his masochistic quest to experience as much of the world and himself as possible. He has many other passions as well that he doesn’t have the time or space to name. But he will tell you this: he worships Jung Yunho, a man who constantly reminds him that one can not only achieve the impossible, but excel in it. And have an absolutely sexy charisma while doing it.

Julie Lam is an incoming Senior at Lowell High School. This will be her third year at YFAT. She will have gotten the full YFAT experience this summer, after being a techie her first year, an actor her second year, and a director/program director this summer. She hopes for a successful production and is glad that there is a lot of new/young blood in the cast and crew this year. 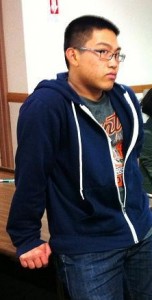 KENNY LI: Kenny Li is a Lowell graduate slash techie master who has spent most of his four years of high school locked in the light booth. He is once again joining YFAT and hoping that this season will be exponentially greater than last. Here’s to improvement! 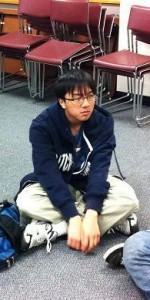 LAWRENCE CHIU: Lawrence Chiu is a techie. He likes romantic comedies, chocolate, reading, and cats. Man, this sounds like his dating profile on pathetic sites on the web. If this is funny, then don’t you dare rip him off! He will hunt thee down with UNO cards! 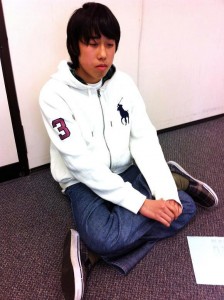 LAWRENCE LAW: Lawrence is 16, going on 17. He goes to Mills High School. He just joined YFAT. Dare I repeat that. He’s now a YFAT Actor. He wishes to be able to cook in his later years. He also doesn’t want to lead a wasted life.

MELANIE LEE: Melanie Lee is an upcoming senior at Lowell High School, entering her third and final year in YFAT. She is the PR for the International Rotary Interact Club and the Lowell Mock Trial Team, and is part of Lowell Volunteers Club. She works for the San Francisco Zoo, and Nordstrom. She was the Program Director for YFAT last season, and she looks forward to another great season. 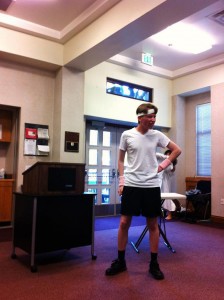 NICK BOURGAULT: Nick is going to be a senior at Lowell High School this year.  This is his second summer at YFAT and he is very excited about being a program director.  Among other things, he enjoys acting, singing, and dancing, as well as veggie chips, writing, seaweed, Harry Potter, computer games, and shopping.  His favorite colors are purple, turquoise, and silver (if that even counts as a color).  He has four cats and loves the shows Smash and Glee.  Lastly, he loves late night Stonestown pizza runs.

NORMAN YU: Once again, Norman finds himself becoming a freshman (in college). His fears include butterflies, toffee, and the nargles. He enjoys sitting, sleeping, and any form in between. He also paradoxically drips of dry wit. 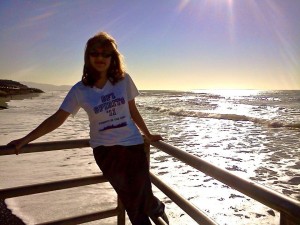 POLINA LITVAK: Polina is a third year YFAT-er and a graduate from Lowell High School. When she’s not performing with school productions, YFAT, or the Moveabout Theatre Company, she enjoys chocolate, good music, randomly bursting into song, procrastinating, and fangirling over various books, musicals, and TV shows. She believes theatre people are the best kind of people and know that this year’s production will be awesome. No power in the ‘verse can stop her. Also, she can kill you with her brain. 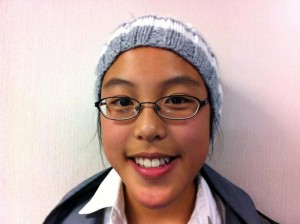 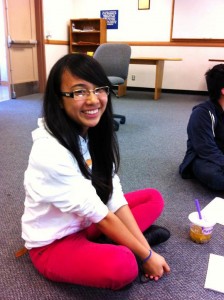 REYANA MAGUAD: Reyana is a colorful Lowell student by day, superhero and avid internet user by night. She’s excited to be a sophomore, but she plans to make the best of summer with a lot of food and sleep. This is not only her first time in YFAT, but the first time she has taken an interest in acting. She is a big fan of Harry Potter – just ask any of the members or her fellow co-presidents of Harry Potter Club. She loves crime dramas, shopping (and by that, she means trying on cute clothes, then sobbing once she sees the price tag), Kaley Cuoco, and naming her electronics. 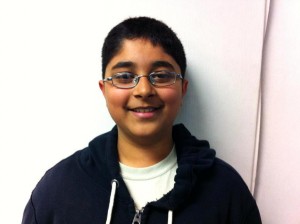 (Fin should be in a different/fancy font.) 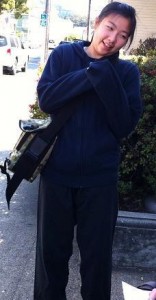 SYDNEY CHAN: Sydney is 17 and is going to be a senior at Lowell High School. She likes reading, travelling, watching movies and dramas, foreign languages (though she can only speak English, Cantonese, Mandarin, and is learning Italian) and writing stories (but hardly ever finishes writing them). She is looking forward to her second year in YFAT as a techie, and believes this year will definitely be a success!

TERESA IBARRA: This is Teresa’s first year in YFAT. She is an incoming sophomore at Lowell High School. When she is not sleeping, eating bread and/or chocolate covered strawberry ice cream, procrastinating on homework, or at school, she is either on the internet frequenting Reddit and Tumblr, or at Lowell Harry Potter Club doing stuff. She has an imaginary cat named Oscar. 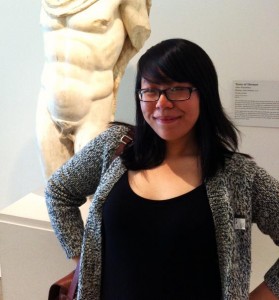 VIOLA MAI: Viola Mai is a recent graduate of Lowell High School who is set to roam amongst the cows at UC Davis this following Autumn. Though she’s pretty good at Calculus and all that gobbledygook, she’ll be majoring in Economics with a minor in History. The following items are part of an infinitely long list of things that Viola likes: Florence and the Machine, collared shirts, European history, potatoes, oxfords, caffeine, quirky foreign films, and, of course, her PS3. Since she passed as an actress last year, Viola is returning to a second year in YFAT to challenge the fates once more and take a shot at directing. Hopefully, she won’t fall off the stage this year either. 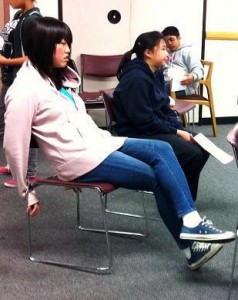 YASMEEN LAW: Yasmeen is a hardened 17-year-old Pokemon trainer who graduated from Lowell HS this year. She decided to take a break from training her Charizard and, instead, joined YFAT. It will be her first time as a techie.