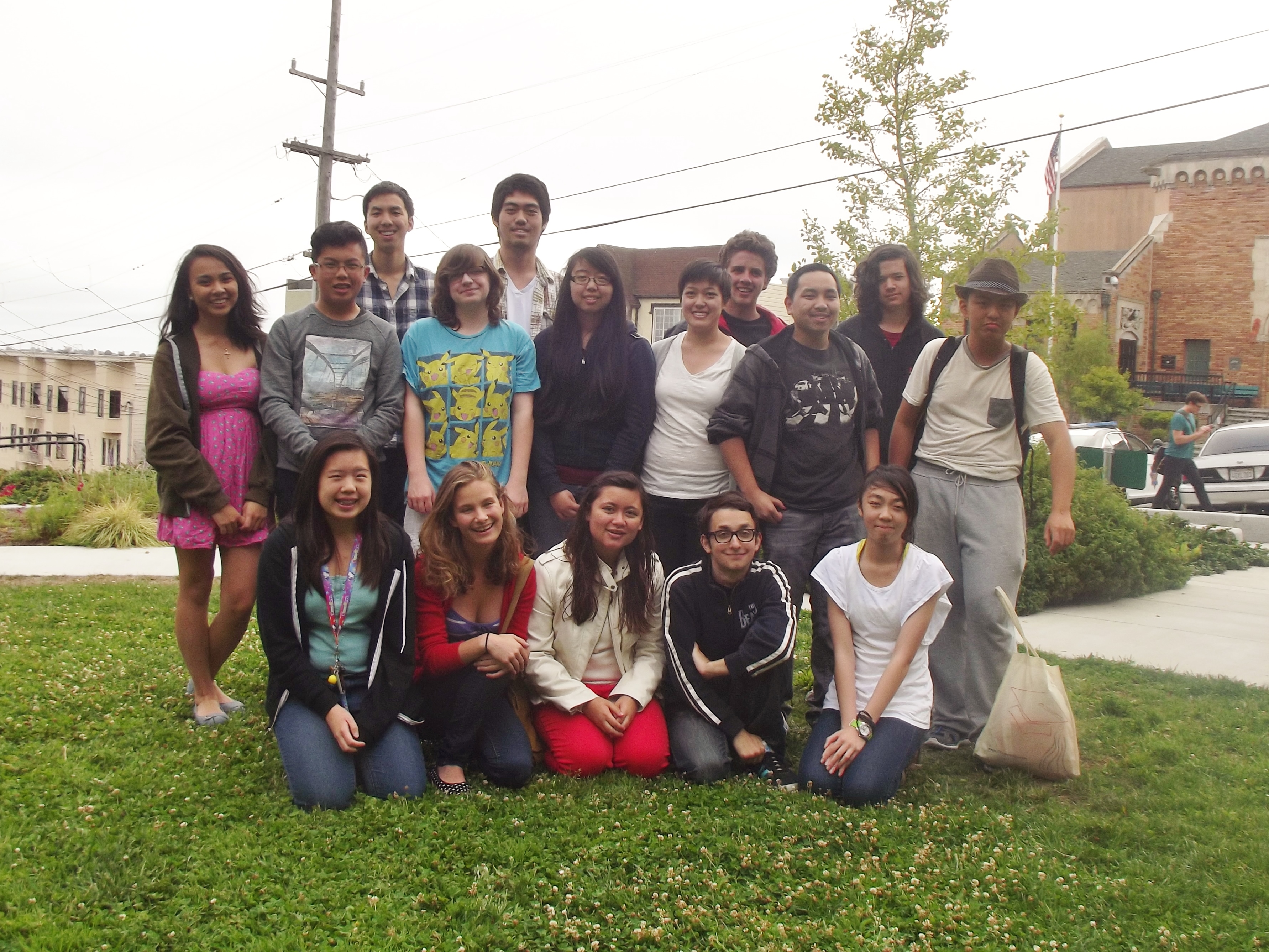 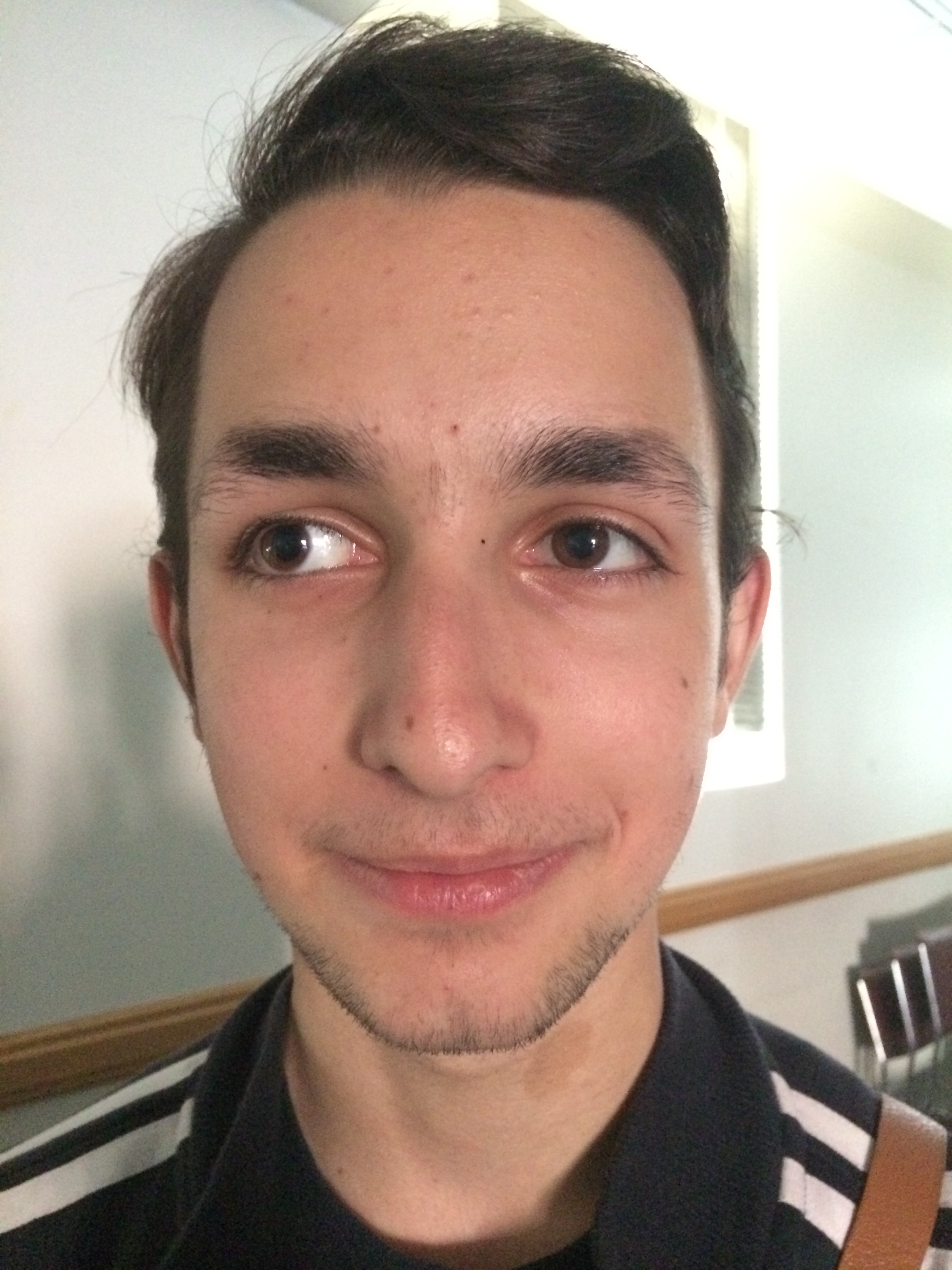 BORIS ALGULIEV: Boris is an exotic immigrant boy hailing from the distant shores of Uzbekistan, sent to the US for one special purpose. He spends his time disassembling spare electronics, playing with the local neighborhood cats, and helping his friends redecorate their living spaces to make them more efficient in the area of heat retention. His ultimate dream is to become a nuclear physicist and uses drama as an extension of his soul and a vent for his underlying energy. 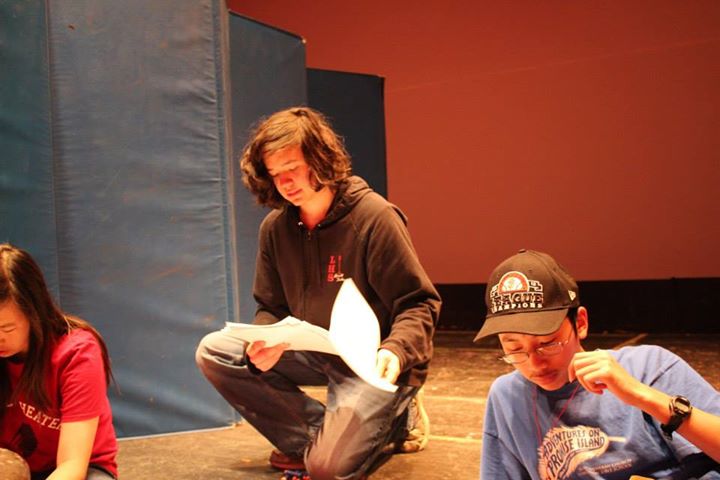 CAELAN NOYES: Caelan is an incoming senior at Lowell who joined YFAT due to his lack of plans for the summer. Joining Lowell’s technical theater during his sophomore year, he found that he enjoyed it much more than he expected and is glad to continue it over the course of his vacation. He dreams of one day not forgetting he has an autobiography to write until the night it’s due then copying and pasting one from last year while hoping nobody notices. 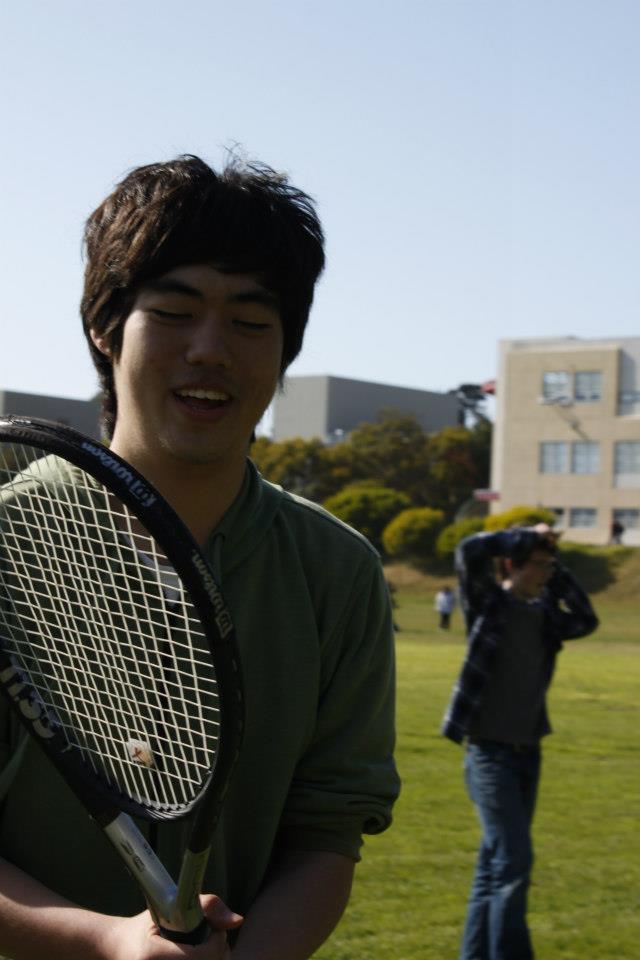 Summer Goals: Finish all of the summer reading for all of the English classes, Eat durian and dragonfruit

Other: I like stuff. And making friends. Introduce me to your friends and stuff 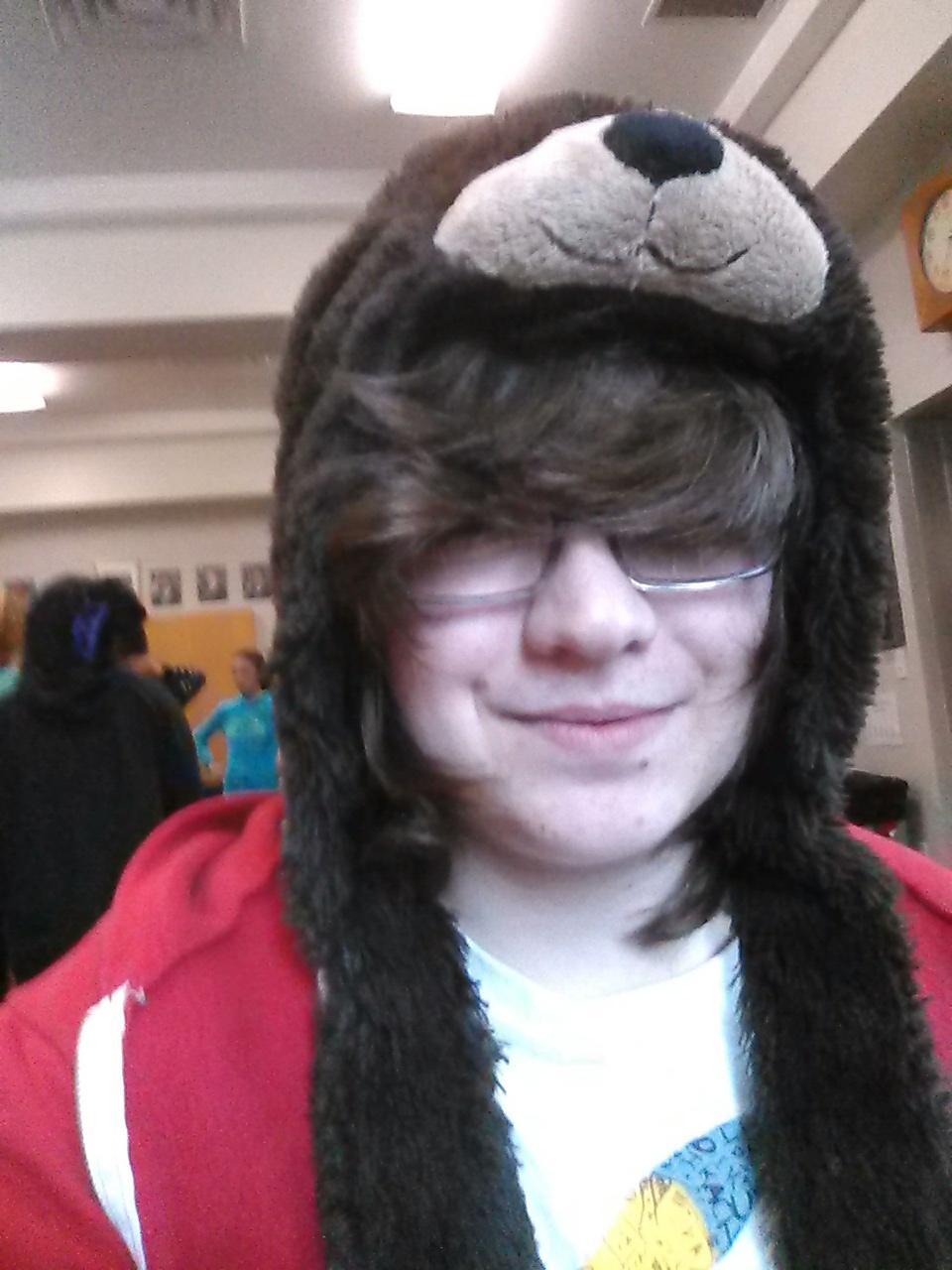 FRANCINE SCHNEIDER: Francine is a strange 16-year-old creature that is presumably of humankind, and decided to join YFAT so she could blend in with the—so she could gain experience with being a techie. What did in fact transpire was the purchase of Cards Against Humanity and an incurable addiction for bubble milk tea. 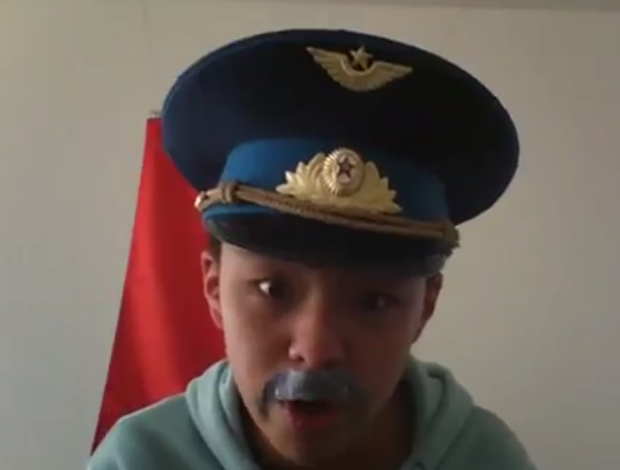 EFAN ZHANG: Hefan Zhang is a junior at Lowell High School. This year he first came to YFAT and has become an actor. Though he’s new, he can surely bring glory to the splendid Youth for Asian Theatre. His summer is good so far and he enjoyed YFAT. And finally he hopes all of you to immerse yourselves in the funny and meaningful plays. 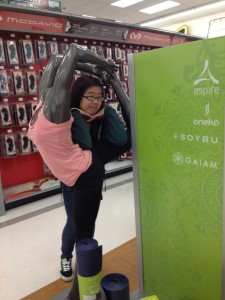 IVY LA: Ivy is here with her second year of YFAT as a techie and is ready to keep the show hecka lit! (literally because she will be up in the booth pressing buttons.) Her favorite summertime activities include oversleeping, catching up on her subscriptions, hanging out with her friends, and thinking about life. She also enjoys playing the guitar and going on food adventures. 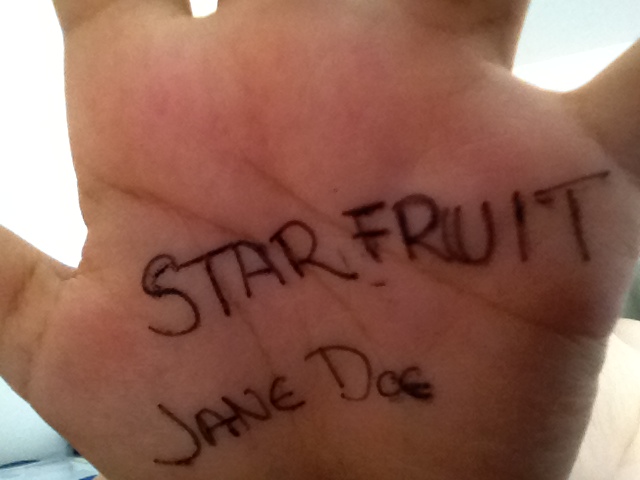 JANE LIANG: Jane is unknown. To herself and others, but she is working on it. Hailing from Music, TV, Movie and countless entertaining addictions, Asian and otherwise, she fearlessly surfs through the deep dark corners of the inter-web in search of her next entertaining conquest. Have any brilliant ones to share with her? Search her out and she may join you if your aim is noble. In this search she has found YFAT and YFAT has found her. 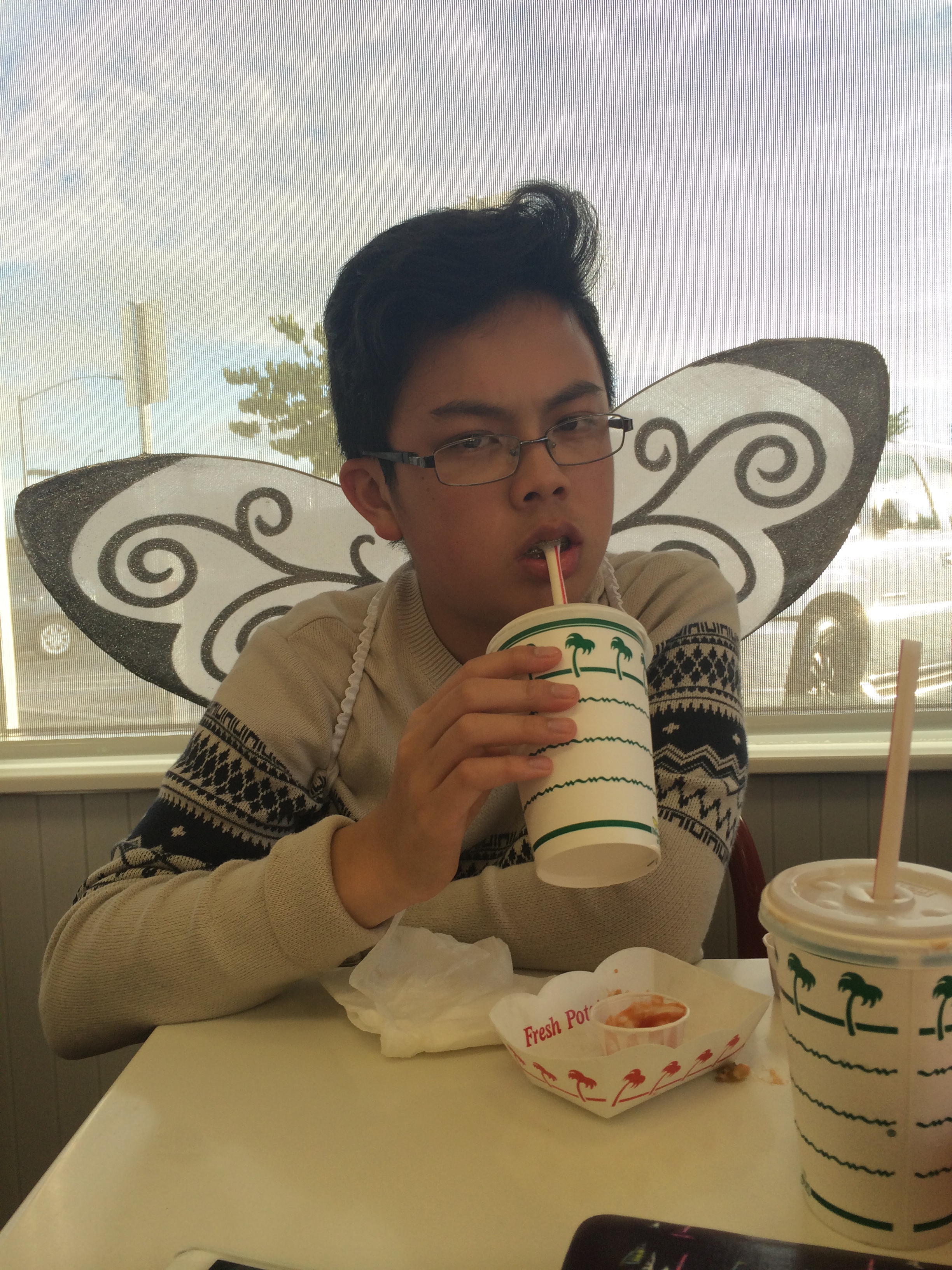 JERRY NG: This is Jerry Ng’s third year of YFAT. As previous YFATer Jackson Murphy would put it Jerry Ng is “dipping his feet into the waters of directing for the first time” in his acting career. He spent a long time designing the poster this year. When not using his phone, Junior Jr., to text Junior Jr.’s late best friend, Ass, (partner in crime Reyana Maduad’s fallen phone) about YFAT related issues, he lives a pretty much sedentary life. As a result, he enjoys browsing the internet, a lot. He used the internet to purchase six pairs of pants this summer. He has returned two. He also used the internet to send the poster to a very responsive printing venue. 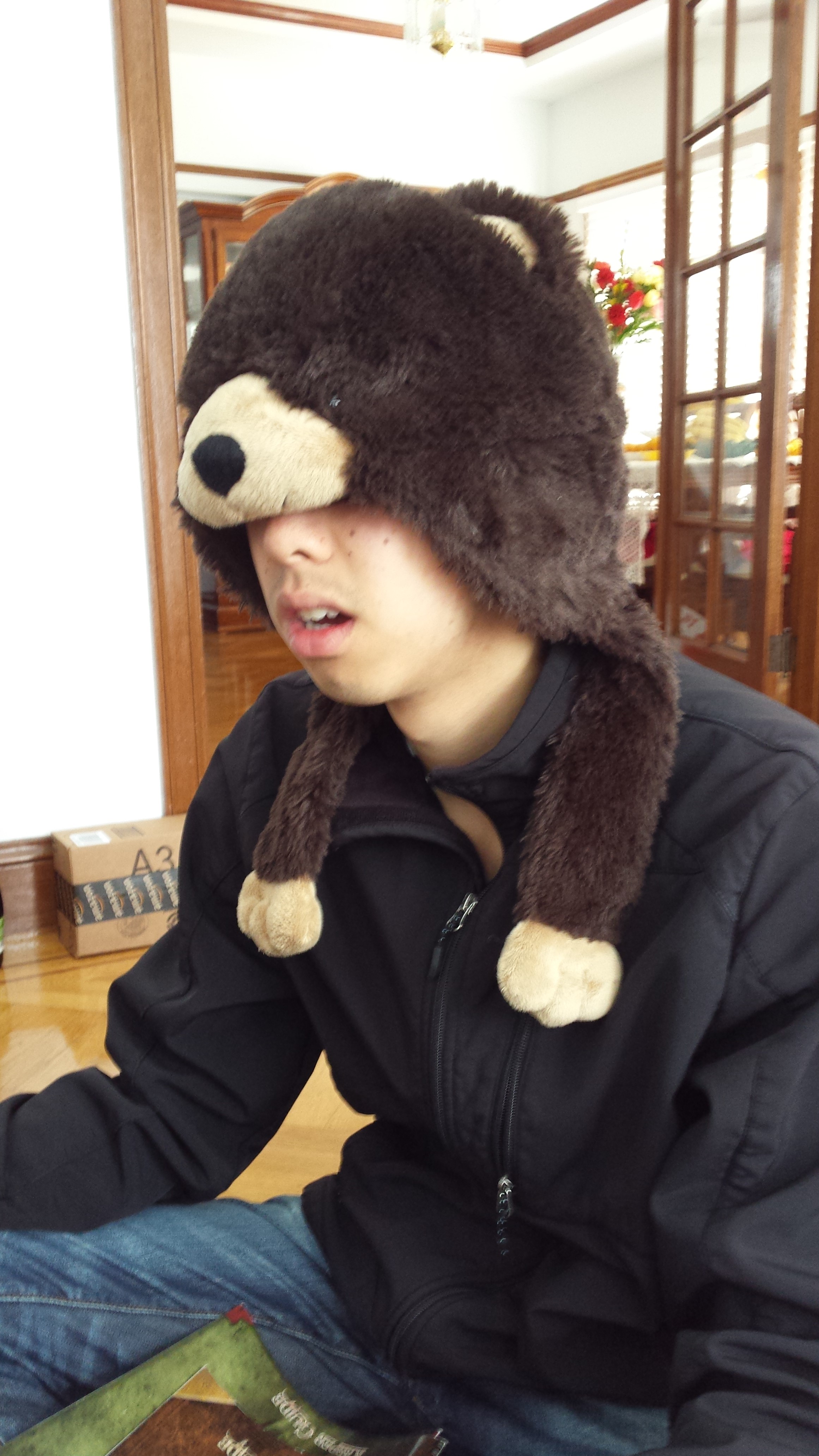 JESSE CHUNG: Jesse thought he would be finished with YFAT years ago, but much like diarrhea it just never stops. But unlike diarrhea, the fun never stops either. As old and busy as Jesse grows, he never passes the opportunity to say yes. Whenever someone needed help, of course. And only certain kinds of help. The theater saved Jesse’s life. It opened his eyes and understanding to a new, better him. His greatest hope is to be able to share this enlightened empowerment with the rest of the world, especially the youth who may need and/or benefit from this the most. He will make mistakes; he will fail. But he will fail in the genuine, successful kind of way – the way that theater and art and people and all life love. And he will do this so that he can look back and continue talking about his life in third person. 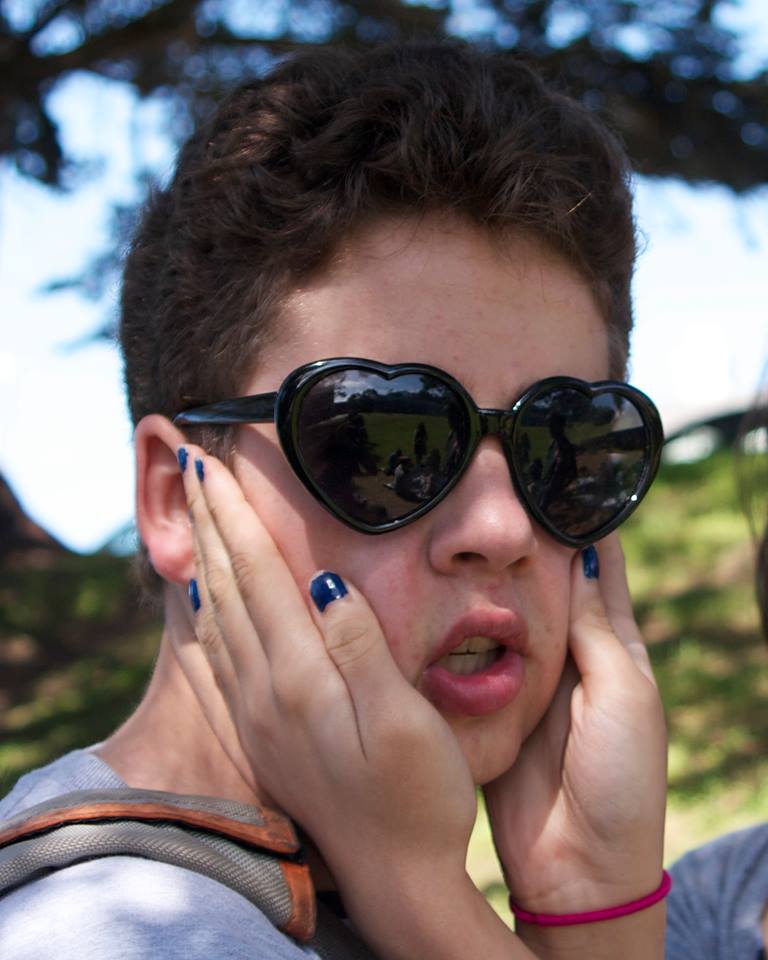 JOE GENOLIO: Joe Genolio is an incoming senior at Lowell High School and a director for YFAT. He was orbiting YFAT for years and crash landed at the last possible minute on the day of the first rehearsal of this year. Joe enjoys improv, debate, watching the best movies and TV shows, and making the lives of his actors as hard as possible. 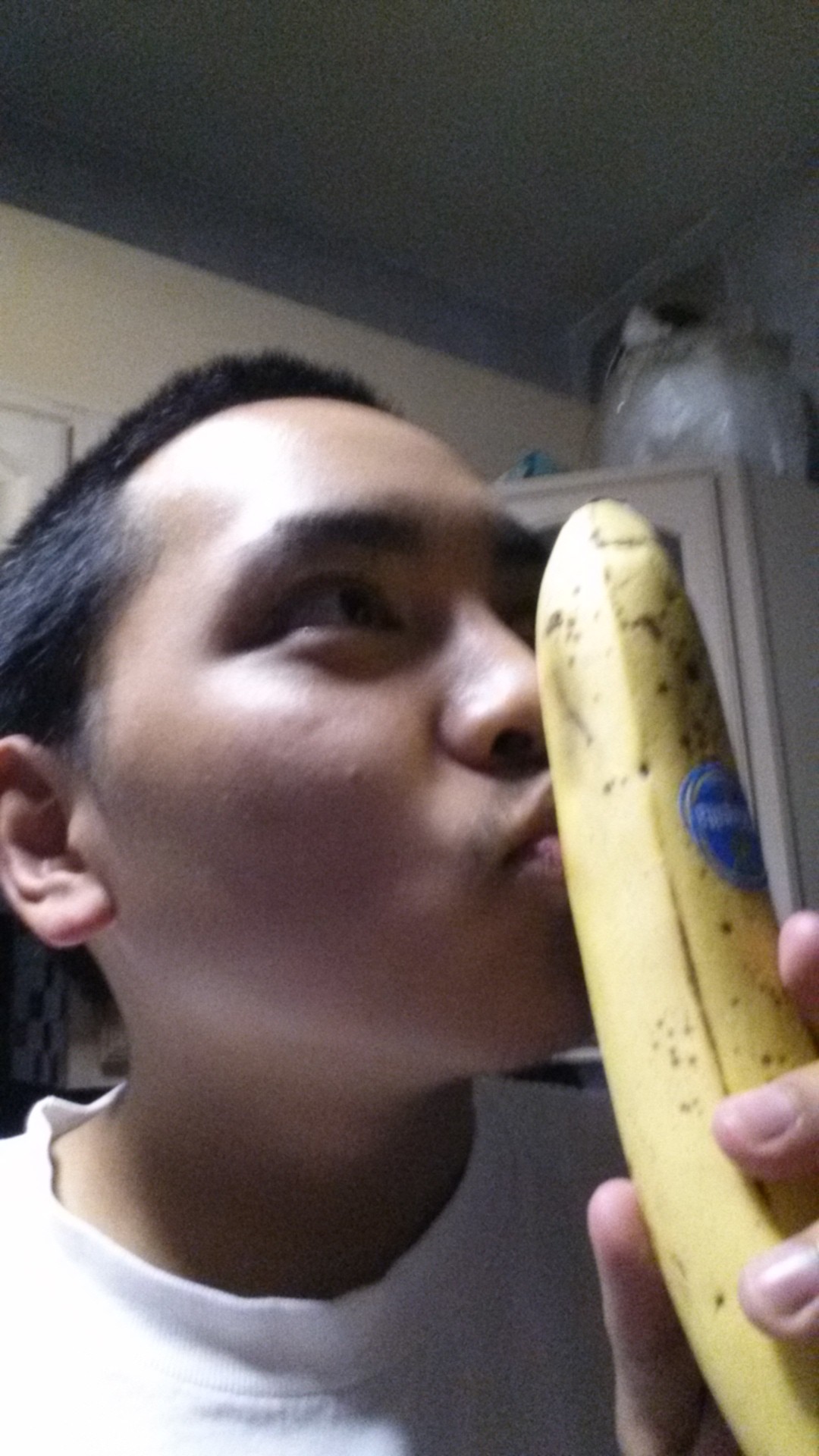 JOMAR VILLAGRACIA: Jomar is an incoming senior at Lowell High School and an actor for YFAT. A specimen of incomparable beauty and magnificence, Jomar graces YFAT with his presence. Jomar’s hobbies include the consumption of bananas, the worship of bananas, and fighting the evils of Nyarlethotep, Darth Sidious, and John McCain with the power of bananas. Banana is love. Banana is life.

LAURA ZIGANTI: Laura is a returning YFAT member. She is seventeen-years-old and attends Skyline College. If anyone should ever have the desire to be Laura’s favorite person ever and bring her coffee, she likes caramel frappuccinos. FInally, Laura looks forward to another exciting year in YFAT and looks forward to being co-stage managers with Francine. 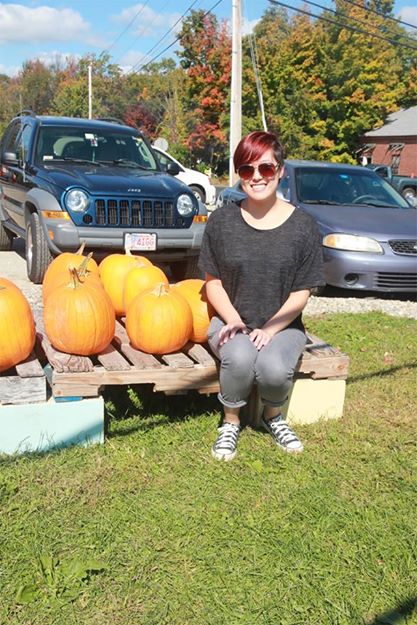 NANCY CHEN: Nancy Chen is a rising senior in college, studying literature. It’s her first year in YFAT and she’s enjoying every minute of it. In her spare time, she likes watching Netflix, baking, and reblogging countless Legend of Korra gifs on Tumblr. 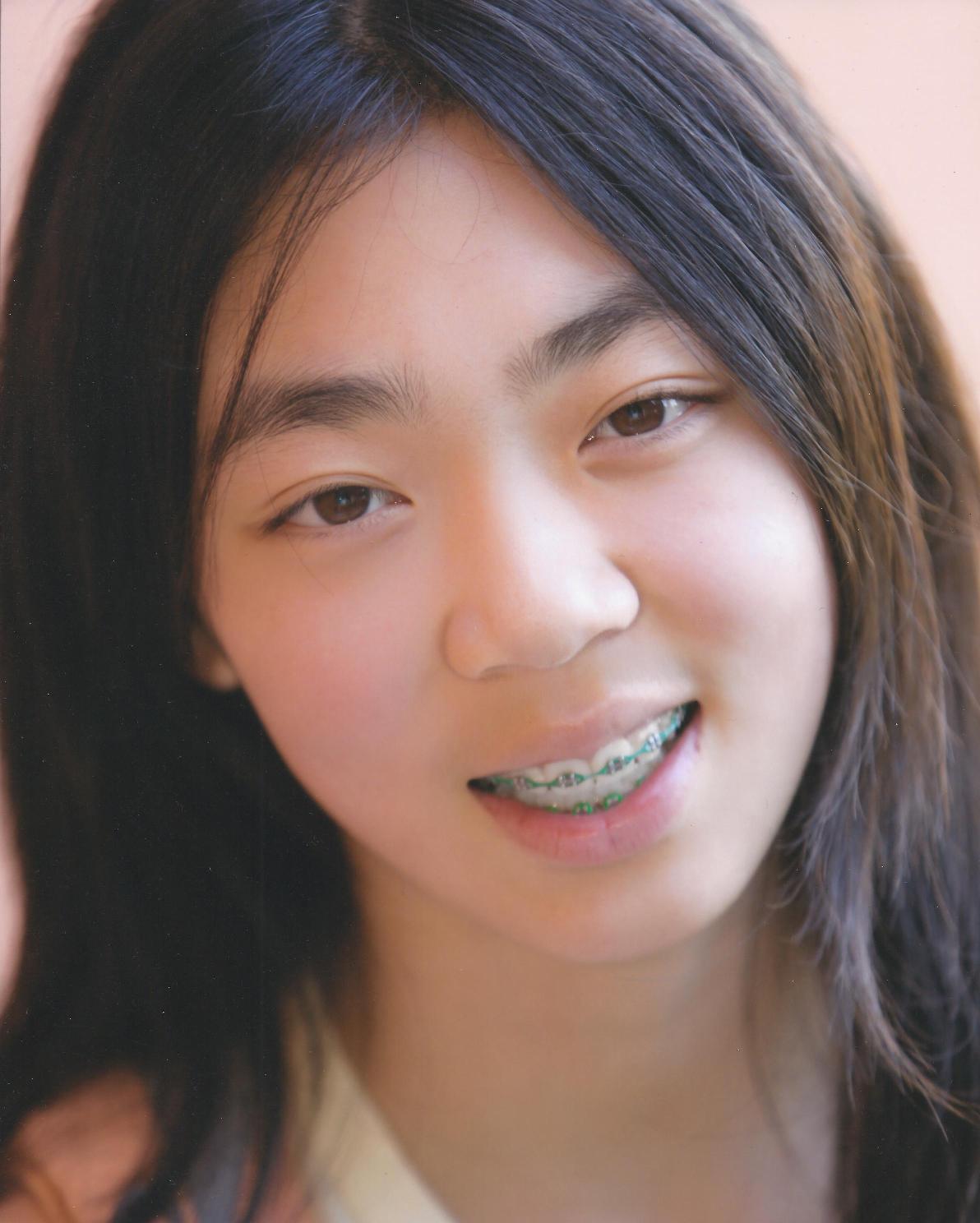 NAOMI LOUIE:  Naomi is the youngest new member of YFAT. This is her first season working with Youth for Asian Theater and she is excited to be part of this dynamic drama group. Some of her interests are astrology, Greek mythology, and ancient folklore. Naomi will be entering eighth grade in Presidio Middle School. Some of Naomi’s goals are to attend SOTA (School of the Arts) High School and to study ancient folklore and classic mythology in UC Berkeley. 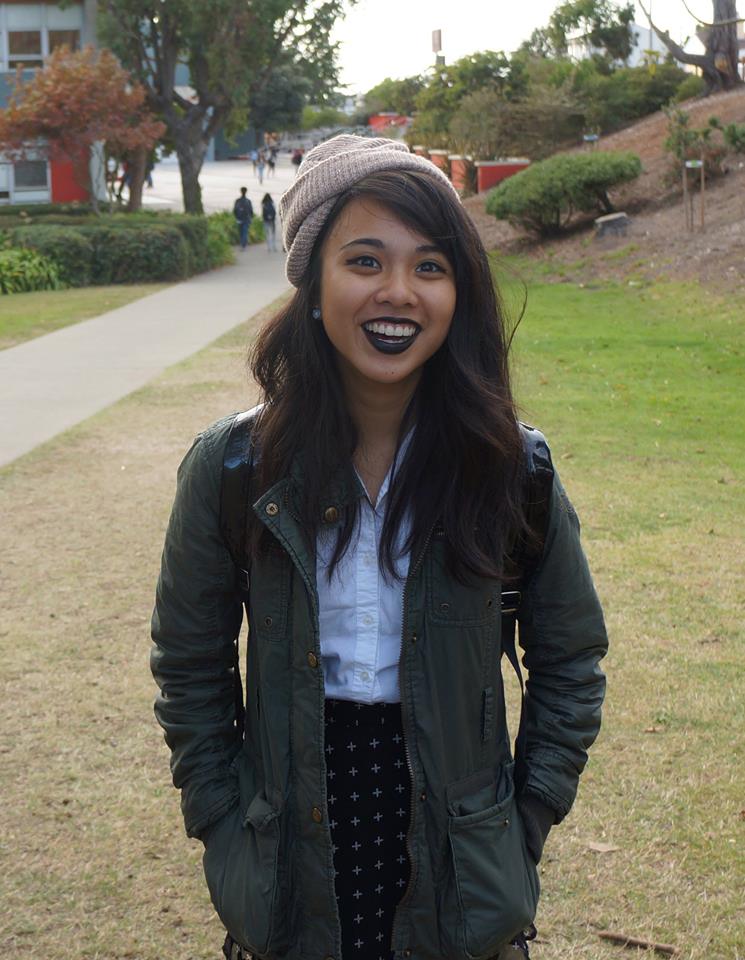 REYANA MAGUAD: Reyana returns to YFAT to complete her third year of acting and second year of writing/directing. In addition, this is her second year running YFAT as program director with her magnificent counterpart, Jerry Ng. In fact, the name of the 2014 show was inspired by their highly efficient friendship (or so she likes to believe). This summer, you can find her rediscovering old Beyonce and Ciara songs, crushing on 85% of the cast of Orange is the New Black, and accidentally staying up till 4am. This fall, she will transform into an unkempt and lackadaisical beast, more commonly known as a “high school senior.” Luckily, she has liquid eyeliner and a panda on her side to make her somewhat sane and hopefully presentable to fellow Lowellites. 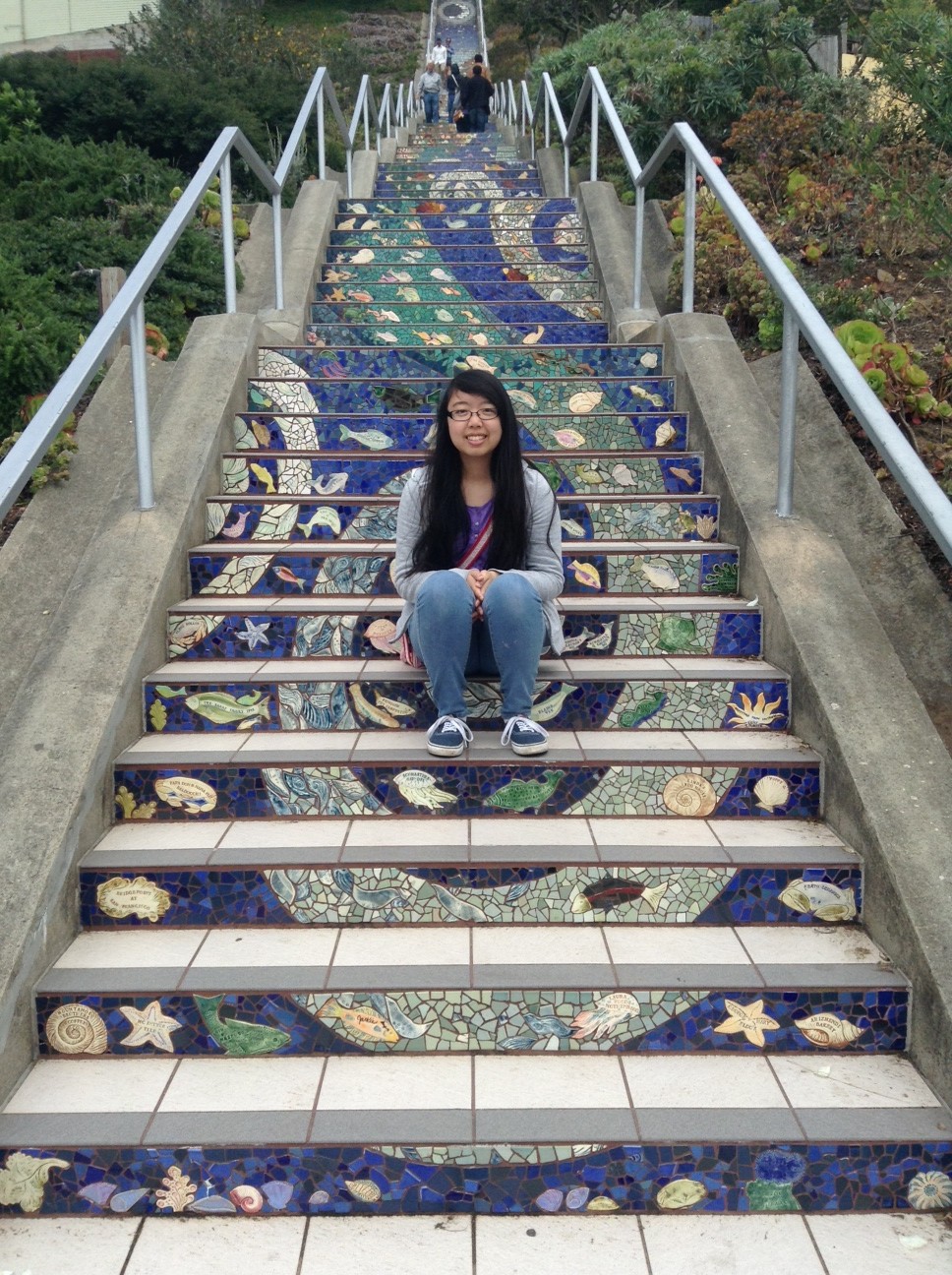 SHIRLEY CHUN: Shirley is an incoming senior at Lowell High School. At school, she is commonly seen in the theater, cleaning out and memorizing every single prop in the props closet. At home, when she is not stressing out about schoolwork, she is commonly seen hunched over her laptop, either helplessly giggling over puns or watching cat videos on youtube. 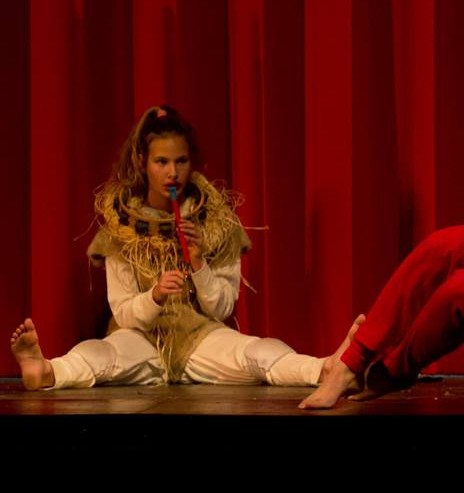 ZOLA HANSON: Zola is pretty much the same, only her hair is a little shorter, because she got a hair cut. She still desperately wants Hogwarts to be real and still loves making people smile and laugh. She is excited to be back at YFAT and looks forward to the school play, but not school itself. Because junior year. She now knows how to ‘stage breathe’, an important life skill.